Car hire excess insurance can be purchased anywhere in the world

Although two of the major providers of car hire excess insurance are based in the UK, residents in any country in the world can easily buy their products. This is of course subject to the individual insurance specialist’s terms and conditions.

Insurance4carhire.com says in it’s questions and answers section “Can I purchase your Excess Policies if I am not a resident of the UK? Yes, our Excess policies can be purchased by people resident anywhere in the world”

We recently contacted Questor insurance about this issue and they replied.” I can confirm that non-UK residents are eligible to purchase our car hire excess insurance.

You can of course purchase insurance4carhire.com “Daily excess Reimbursement Insurance” and use this on car hire vehicles close to your own home. For example if you live in London or another major city, your car is in for repair or you don’t have one and need to rent for a couple of days, according to the company that is no problem, however you will not be able to use their annual policy locally like that. Naturally you should check with them for the full details.

So remember if you live in Ireland, France, Spain, Australia, the USA etc it is possible to buy car hire excess via insurance providers advertising on www.insurance4carrental.com
Posted by Philip Suter at 01:29 No comments:

Carrentals.co.uk has reported the following article by Robert Bergerson on December 18th 2009
It was a turbulent year in the car rental market on the continent as many firms struggled with restructuring their companies, closing down branches and have fewer cars than the previous year. Many firms, especially in Spain, decided to cut back on new car buys this year and retain older vehicles as they predicted a bad year in their industry. During the peak months of July and August many tourists heading for some holiday sun were lefty stranded as their were not enough cars to meet demand.

The lucky people who had managed to get a car at the last minute were often over charged for simple daily rental. Others were stung for higher insurance packages and increased extras as they shopped around trying to find a car. Reports initially came back that some people had even paid three times as much as they did the previous year as agents struggled with the unexpected need for hire cars.

Well the high season is now over except for Christmas and New Year and it seems that some car rental agents are still playing the same games. With the need for cars during the winter season a lot lower than in the summer months, firms have decided to sell their older cars and wait until next year to make the financial commitment to buy new ones. This has led to some reports of people in Spain not being able to secure rental cars for their stay over the holiday period. Those that have, have said they are being charged over the odds and being hit with high insurance policies.

If you are looking for car hire in Spain (or other worldwide locations) over the Christmas and New Year or in 2010 why not visit the holiday autos website HERE
Posted by Philip Suter at 07:46 No comments:

Tips On Hiring A Car

Tips On Hiring A Car

Posted using ShareThis
Posted by Philip Suter at 06:54 No comments:

This has just been published by Insurance Daily

Insurance4carrental.com is reminding Christmas travellers to take out car hire excess insurance if they are hiring their transport.

The website promotes specialists in the excess insurance sector, including insurance4carhire.com whose spokesman, Philip Suter, comments that annual policies can prove very good value for money, although most providers also have daily policies at competitive prices.

There is increasing awareness among the motoring public that renting a car also involves additional insurance; in the Eurozone in particular drivers making a claim have been charged excesses of up to £1,000 by rental providers, many of which operate in popular holiday and second home destinations.

Furthermore, while rental agreements normally include cover for collision damage and theft, it is commonplace for the insurance supplied to exclude damage to a vehicle’s undercarriage, tyres and windows.

Most rental companies offer excess insurance but consumers are advised to shop around as it is likely to be at a higher premium than can be obtained from a specialist provider.
Posted by Philip Suter at 03:46 No comments:

Make sure you have car hire excess for Christmas 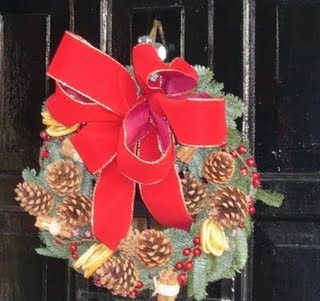 It is that time of year again when many people are going of on a Christmas or New Year break. If you are going away and renting a car or just taking your own, Don't forget your insurance.

You will remember the presents, the food, the tickets, but have you got Travel Insurance?
Remember as well if you are leaving your home be it your own property or a rental property to make sure you leave the heating on. Temperatures can often vary considerably over the Christmas holiday season. Very mild to start with then suddenly ice and snow, so don't get caught out this year,
Have a great Christmas.

Posted by Philip Suter at 09:57 No comments:

Going through Paul Gosling's "A Question of Cash" column in The Independent on Saturday 5th December 09, I came across this.

'I have been hit with excessive hire car charges'...
Question: I hired a car from Europcar. Afterwards I had to pay two extra charges. One was for €2.50 and the other €75 (£68), plus 20 per cent VAT, which were taken from my credit card without authorisation. Yet I had paid an extra premium so that I didn't have to pay any insurance excess.

There were a couple of scratches on the car when returned. But I did not have any accidents and if these happened during the time of hire, they must have been caused by other cars whilst the hired vehicle was parked.

I made a declaration at the time of returning the vehicle that the car had not been in any accidents. I have been unable to get Europcar to make a refund and I regard the charges as excessive. KB, by email.

Answer: Europcar has confirmed that €75 was charged as "a damage processing administration fee" imposed by Europcar Italy. "This is a standard fee with Europcar Italy, as stated in the terms and conditions of the rental agreement," says the company and is not affected by your payment of a premium to cover the insurance excess. You were unaware of any damage to the car while it was your responsibility.

Have you had any similar experiences? Reply via this blog or via this contact page.
Posted by Philip Suter at 15:01 No comments: