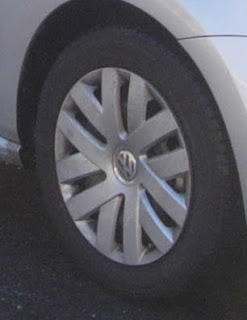 It is always worrying when you drive a rental car that you could accidently damage the vehicle and even the thought of minor damage can be of concern, so it is wise to always make sure you have car hire excess insurance that will cover you for those extra incidents of damage.

In late December 2009, I rented a new style Volkswagen Polo over the New Year and early part of January. The car only had a few kilometers on the clock and I must have only been the second or third hirer.

After having a car rental experience back in 2000 where I like a lot of other people were charged money for alleged damage after returning the vehicle, I have always ensured that I have an annual car hire excess insurance policy and check the car over before leaving the car hire provider’s premises.

Naturally there are times when this proves harder, if it is dark or raining or both. Quite often the vehicle will just have come from the car wash and any damage would be difficult to spot.

On numerous occasions I have found an attendant after spotting marks on the car and have had these signed off by the representative before driving away.

With the December / January rental the car was clean and looked ok and it was parked quite close to other cars awaiting collection and there were four of us who wanted to get our liggage in the car quickly and get to our destination after the flight.

A few days later I parked the car and went close to the curb of the pavement. I looked at the car afterwards and thought there was damage on the hub cap. This was a plastic one and not an alloy wheel.

I immediately thought, should I try and find a VW dealership to buy another, or was I covered under the insurance policy that I had taken out with insurance4carhire.com.

I went onto the Internet accessing the site via http://www.insurance4carrental.com/ and saw that this long established company covers the policyholder for excess on damage to the rental vehicle including the undercarriage, excess on theft, and damage to windows and tyres. I contacted the company explaining the situation regarding the hub cap and was told I would be covered.

I returned the car and before I took the keys back to have it checked over pulled out the rental agreement and saw that damage to the offside wheel had been noted. I had not damaged the wheel trim as a result of my parking. In fact thinking back on the situation it would have been impossible to do as the curb was not high enough for this to have caused any damage.

It was certainly reassuring to know however that had I actually caused damage there, the car hire insurance policy would have covered the issue.