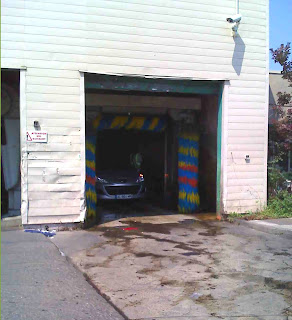 The first part is most likely a consequence of the car hire shortage in the summer of 2009. Personally I know of two situations whereby for this week in Dublin, Ireland a friend was quoted over €350 for six days car hire and I recently paid £255 for 8 days hire in Nice, France and the same time last year it cost £322, not a decrease this year, but that was for 15 days car hire.

The report goes on to say "A lucrative trick is to frighten you into taking out extra insurance when you pick up the car. Rentals include collision damage waiver (CDW) and theft protection, which reduce your liability should you have an accident or the car is stolen.

But there is still an excess. This is the amount you pay before the standard cover steps in and can range from £500 to £2,000.The first you might hear of this excess is when you arrive at the airport. To buy insurance to cover it can cost £20 a day, and it won't reduce it to nothing."

The car hire company in Nice were quite determined to sell me excess insurance the other week and I explained that my wife and I have a Family annual policy (via insurance4carhire.com) and I will be checking my credit card statement thoroughly to make sure they have not added this on.

"Child seats are a legal requirement throughout Europe, so families with youngsters can't do without them. But you can save by taking your own. Even if the airline charges for extra baggage, it usually comes to only £20 - far cheaper than most rental firms."

Whilst standing in the very hot queue at Nice Airport I saw a family being handed over two child seats over the counter and as this subject is regularly raised in car hire add on costs in the media this year was wondering how much extra they had paid?

"Refuelling is another money- spinner. Bob Atkinson, of Travelsupermarket.com, says: 'If you're supposed to be given a full tank, check you have. 'They often short-change you. If you have to return it full, refuel before you drop it off, as they'll charge to do it themselves. If you're on a short stay, don't go for a company that gives you a full tank. You won't use all the fuel you've paid for.' "

This is indeed an interesting subject. It was a very hot July morning and there were a lot of people waiting for their cars once they had signed up the hire agreements. It appeared that as cars were coming back in they were getting them cleaned as quickly as possible. We waited nearly half an hour and spotted our car in the car wash (pictured above), however when we eventually got it, we checked for damage (which is harder if the car has just been washed, it is raining or in the dark) and found a couple of marks.

The process is not too straightforward. Although I told the person who had just driven the car out from the car wash, I then had to get into a queue again to go to the check in desk to get my comments signed off. By the time I got into the car I never checked the fuel guage. It was very hot and we wanted to get going.

The south of France has been experiencing one of the hottest Julys for some 30 years with very high humidity. We hardly used the car, however on the occasions we did actually opened the windows and let the fresh air in instead of the air conditioning. The fuel tank had gone down quite quickly taking this into account, maybe the Peugot 207 has quite a small tank, however compared to other small cars we have hired, it did appear to be rather thirsty. I re-filled it before returning it and getting checked back in.

Maybe it was not full when I picked it up and maybe it had been returned requiring fuel and there was not time to fill it up.

It might be inconvenient to bring your child seats, but it is easy to bring your own car hire excess insurance. Visit www.insurance4carrental.com before you travel. It is very light work!