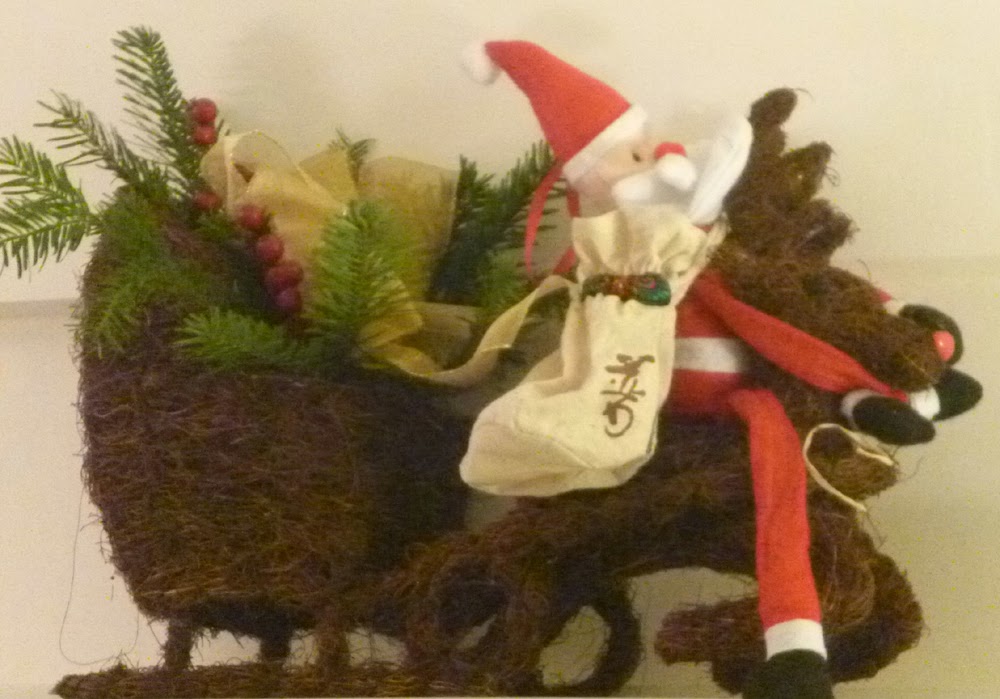 Sorry we cannot help you, anyway you probably own your sleigh and don't need to hire one.... However if you are hiring a car, van, motorhome or even a minibus at this time of year, well that a different matter.

There are plenty of specialist independent excess waiver insurance companies advertising their products on the jml Insurance,Insurance4carrental and Irishpropertyinsurance sites.

What is more those organisations will be open on line right over the festive period for automated sales.

So if you have left it to the last minute get a move onto either to Jml-Insurance   or Insurance4carrental or if in Ireland to Irishpropertyinsurance .

Have a great Christmas and New Year break and whatever you are driving drive carefully and observe the very strict drink drive limits everywhere.
Posted by Philip Suter at 08:46 No comments: 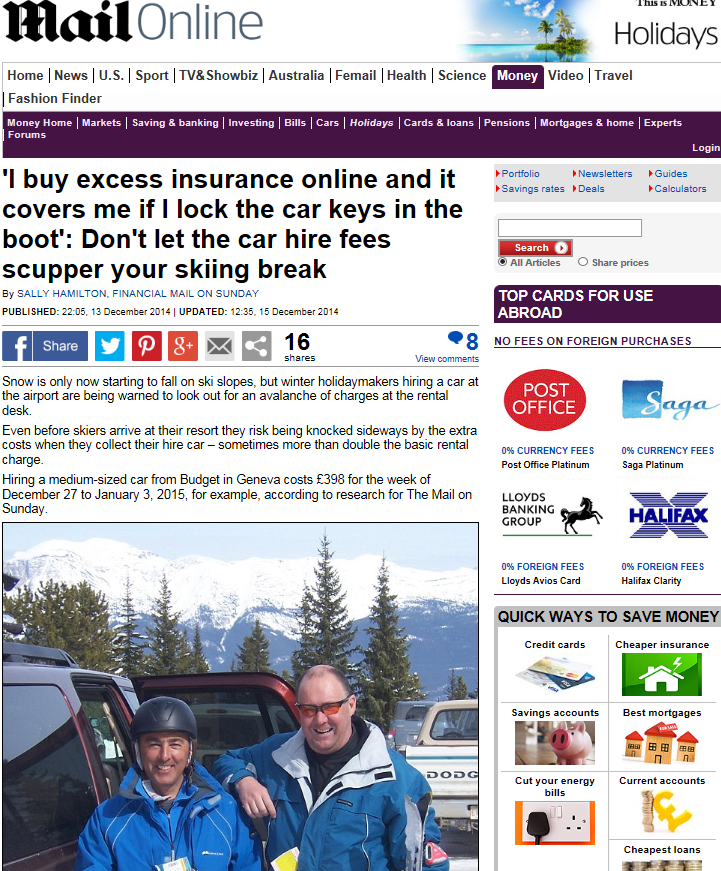 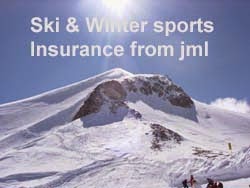 Posted by Philip Suter at 07:02 No comments:

Yet another Car hire horror story in The Daily Telegraph yesterday 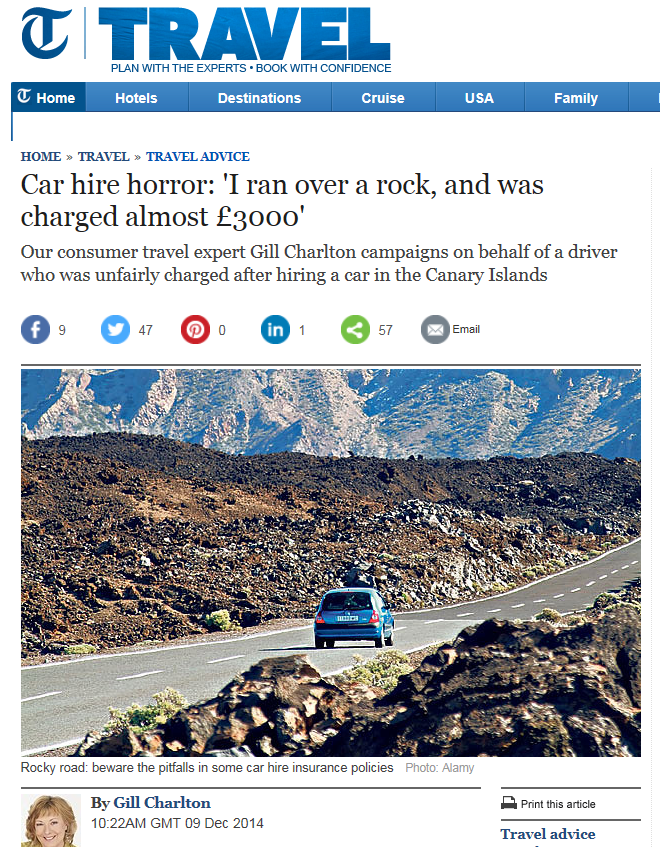 The Daily Telegraph ran a report yesterday about someone who hired a car in March in the Canary Islands and ended up with a bill for a €3,530 (£2,806) repair.

The reader had hired a car via Rentalcars and the vehicle supplied by a Europcar operator on the island. The reader, Mr White said " A few days into the rental, a rock about the size of a football dislodged from the adjacent cliff and crashed on to the main coast road immediately in front of the car.

I was unable to stop to avoid an impact. As the road was very narrow at this point, all I could do was straddle the rock and hope for the best.


Unfortunately, the red warning light came on, suggesting a loss of oil pressure. I stopped the vehicle and called for assistance. Help came speedily and a replacement vehicle was supplied"

Upon his return home the repair bill arrived. He had taken out a policy with Rentalcars to reduce the excess to zero and, on collecting the car, additional top-up insurance to cover damages to tyres, windscreen, the underside of the car and so on.

It looks like this problem was finally sorted out and you should read The Daily Telegraph's report in full Here.

It likes like you should always ensure that the excess waiver insurance covers, windscreen, tyres and under carriage and you can view the various advertisers on the insurance4carrental site Here

No doubt there will be other similar cases in the months to come. Normally there are and it is good news that there are consumer columnists like Gill Charlton at the Daily Telegraph to help resolve such a problem.
Posted by Philip Suter at 08:34 No comments:

Economy Car Hire are delighted to announce on the 5th December that have been awarded ‘Best Car Hire Website’ at the Travolution 2014 Awards.

In June, they sent off their awards entry. Having been shortlisted for both ‘Best Trade Supplier’ and ‘Best Car Hire Website’, they then waited patiently with  fingers crossed until the winners were announced at the awards dinner on Tuesday 2nd December at the The Ballroom, Southbank, London.

The Travolution brand is part of The Travel Weekly Group. It is the UK’s leading travel trade media group, which focusses primarily on the online travel industry and digital innovation.The Travolution Awards themselves are unique in recognising companies, brands and individuals who excel in the fields of online travel distribution, digital marketing and technology.

They are judged by a panel of proven business leaders, experts and entrepreneurs, the awards are the UK travel industry’s highest accolade for innovation and excellence online. Companies and brands compete in a select number of categories, whilst entrepreneurs and rising stars are honoured in the individual awards.

Economy Car Hire is now  the largest independent car hire broker in the UK. As a family run business, our company values remain firmly at the heart of everything they do.

They pride themselves on their fantastic customer service levels and their unique product which includes a free additional driver and built-in excess insurance at all locations worldwide.

The say "This is what differentiates us from our competitors. Our success is reflected in the high rate of consumer satisfaction that we maintain year after year."

There were a number of contributing factors for which the Travolution Judges thought that Econo9my Car Hire deserved to be awarded ‘Best Car Hire Website’ this year.

As you may already know, Economy Car Hire has been voted ‘Best Car Hire Broker’ by consumer champion Which? in both 2013 and 2014. Their recent partnership with Feefo, a global ratings and reviews provider also acts as a clear indicator of consumer satisfaction. 98% of their customers have rated their service as either good or excellent, which is displayed on the economy Car Hire website.

I have just arranged a couple of days car hire with them next year and was immediately sent a feedback questionnaire so they want to know what their customers think.

Finally, this year they have also made some modifications behind the scenes, which help to maintain the smooth running of a customer's car hire experience.

The competition standard this year was incredibly high and Economy Car Hire staff and management are very proud that they came out on top this year.

Find out more about booking your car hire with Economy Car Hire Here
Posted by Philip Suter at 06:45 No comments: