Keep your fuel receipt when you hire a car 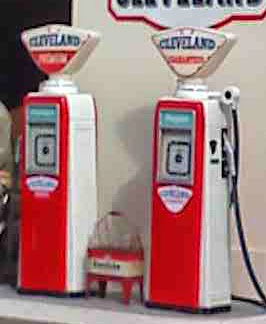 I was told yesterday about someone who had hired a car in England recently and when the car was collected the company's policy on fuel.

The renter was told to ensure that it was filled up with fuel within five miles of the car rental company and the receipt being shown to the company on return, otherwise the hirer would be breaking the law.

There is probably no law in England and Wales that actually says that, however if someone does no of a law please contact us where it is. I believe the car hire company really was stating company policy that as a condition of hire they need proof that the car has been properly re-filled and more importantly with the correct fuel.

It is very easy if it is not your car to accidentally put in unleaded fuel into a diesel car and vica versa. Most rental car will have the appropriate sticker near the fuel filler cap and putting the wrong fuel in can seriously damage the vehicle.

If you collect a car with a full tank of fuel and the arrangement is that you return it full, it needs to be full. You certainly need to do this at the nearest petrol / diesel location to the car hire depot (or motorhome or van or truck).

Sometimes it can be  rather difficult, particularly if it is a new location or dark. Last May I had to return a car to the Paphos Airport in Cyprus. There might be a fuel station on the airport site, however fortunately I was following friends who actually had to return their car empty (because of the hire arrangement they had), but knew I had to fill up my vehicle. They were regular visitors to that area and knew of a filling station just before reaching the airport. Had I not found anywhere I would have had to get the car hire company to fill it for me and pay the charge.

It is advisable to keep your fuel receipts to prove that you have filled the car up before returning it  If there was any problems of being charged for re-fuelling  the vehicle and having a deduction made on your credit card, you can at least prove it to the car hire company that you did in fact fill it up.

You should keep these receipts for a few months after the hire in case of problems.
Posted by Philip Suter at 06:09 No comments: 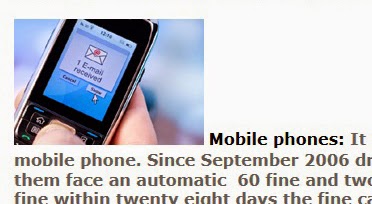 New rules in the Republic of Ireland come into force on the 1st May 14 regarding the use of mobile phones whilst driving.

Like so many countries there are regulations in force at the present and unlike the regulations for seat belts for example, many drivers simply ignore the rules and continue to use their mobile whilst driving.

From May 1st, anyone caught texting or accessing information will face a mandatory court appearance and a fine of up to €1,000 for a first offence.

Penalties will rise to  €2,000 for a second offence and a possible three month jail sentence.

The new rules will also mean that a driver will not be able operate a "Hands free" mobile phone.

So if you are hiring a car in Ireland, taking your vehicle to Ireland or purely live there then that mobile should not be used whilst driving.

It will be interesting to see how effective these larger fines will be in stopping the dangerous use of using mobiles whilst driving and if other countries increase the penalties for the offence.

Posted by Philip Suter at 01:37 No comments: 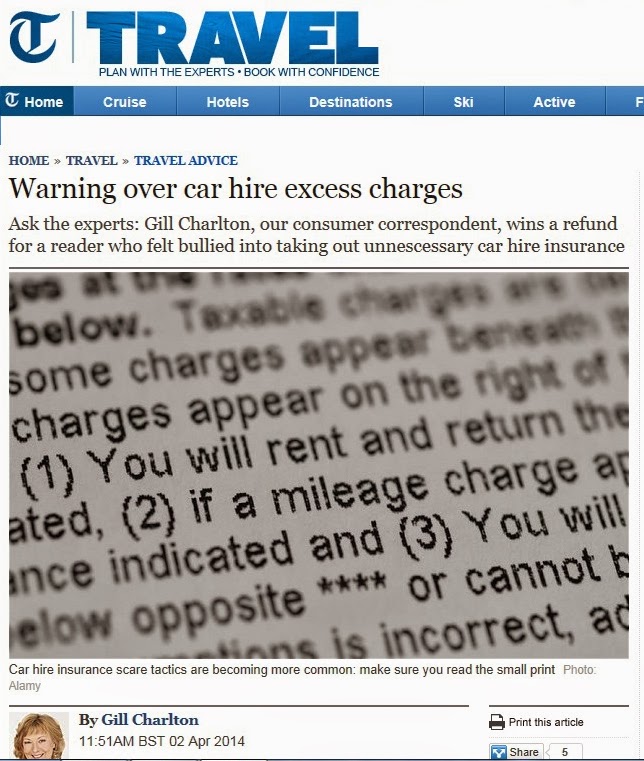 Posted by Philip Suter at 08:28 No comments:

Economy Car Hire comes out on top again in new Which? survey 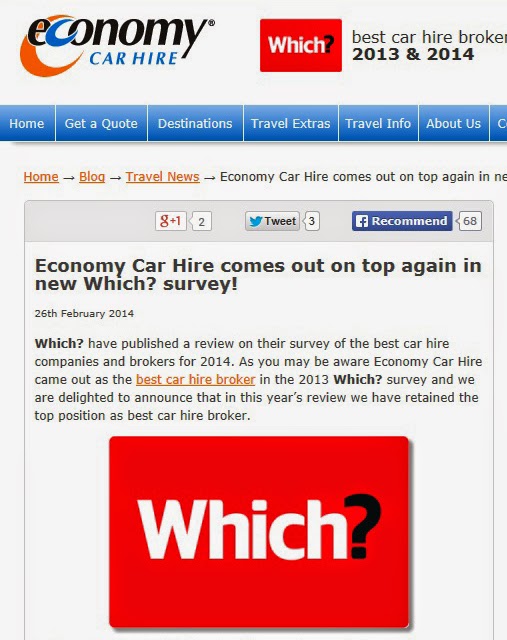 On the 26th February on this blog we reported "Which? survey reveals the best and worst car hire companies" (See it here) In the survey Economy Car Hire was rated top with 75%, scoring five stars for the ease of its online booking and the clarity of its pricing.

Gemma Russell the Online Marketing Manager at Economy Car Hire Ltd sent me an email with a link to an article on the Economy Car Hire site and I had already spotted a press release sent out by Gemma.

In November 2013 Which? asked its users to complete an online survey about their experiences in the last 12 months when dealing with a car hire company or broker. The results that have been published are based on the feedback given of 2246 user experiences. Participants were asked to review various aspects of hiring a car including ease of booking online, clarity of information, the range of cars offered, and customer service." (see the entire story here)


If you are looking to hire a car soon, make sure it is with the Which? top rated car hire broker for 2013 and 2014! Remember, our prices always include a free additional driver and built-in excess cover, so why not just get a quote now here.

Posted by Philip Suter at 02:23 No comments:

Don't Shell Out More Than You Should on Easter 2014 Car Hire says iCarhireinsurance.com

With Easter a couple of weeks away, iCarhireinsurance followed the Easter egg theme a few days ago with their press release.

A family hiring a car in Tenerife, over the Easter week, could hand over an additional £315* at the rental desk almost tripling their original hire car cost of £109.


Milan is the most expensive place to hire a car with the average week's rental across all five providers costing £457, and the cheapest is Tenerife costing £175, but travellers are warned to factor in extra costs bought from the rental desk.

"Extras at the rental desk can add hundreds to your holiday budget," said Ernesto Suarez, CEO, iCarhireinsurance.com. "Make sure you plan in advance buying your excess insurance from a specialist provider, like iCarhireinsurance.com (saving up to £170), take your own car seat, sat nav and don't add additional drivers to the policy - all saving approximately £350 at the rental desk."

If excess waiver insurance is not purchased a traveller could be liable for up to £1500 if the car gets damaged or stolen. The highest cost for excess insurance was with Hertz in Milan costing £190 - over nine times an iCarhireinsurance.com policy at £21 for the week (£2.99 a day).
iCarhireinsurance.com also cover vulnerable vehicle parts which are frequently excluded from rental companies' policies.
Extras
See iCarhireinsurance for full information.

Posted by Philip Suter at 07:24 No comments: 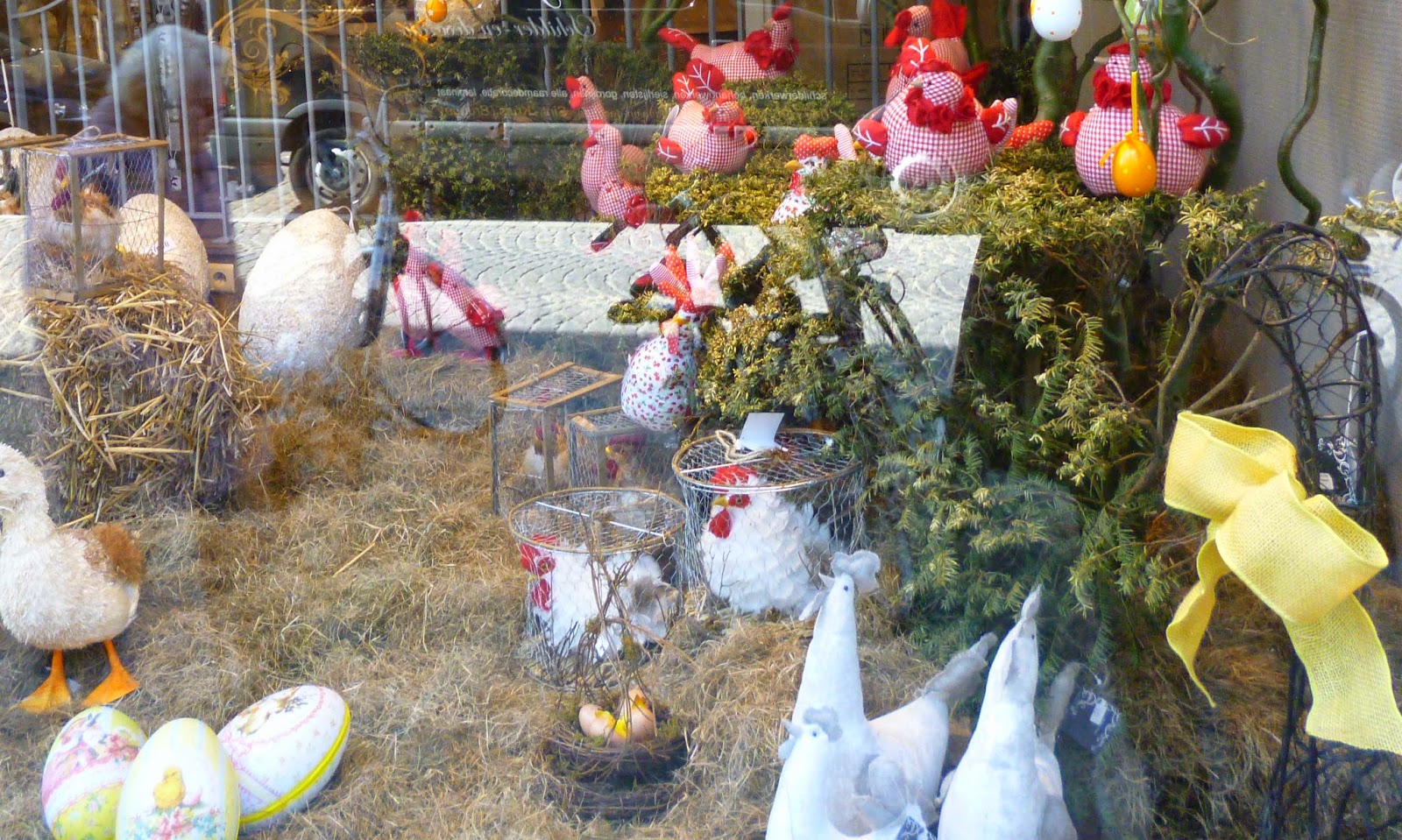 Easter 14 is just around the corner, well a couple of weeks away and Economy Car hire are saying that you should...

"Make sure that you book your hire car with the Which? top rated car hire broker for 2013 & 2014."
Apparently they have some great  Easter car hire deals. These are at Faro Airport - Portugal, Malaga Airport, Spain, Paphos Airport Cyprus, Malta Airport, Edinburgh Airport Scotland, Orlando International Airport, USA,Chania Airport, Crete and Bordeaux Airport, France.
To find out more?  then follow this link
Posted by Philip Suter at 06:29 No comments:

Get away this Easter says Holiday Autos Car hire 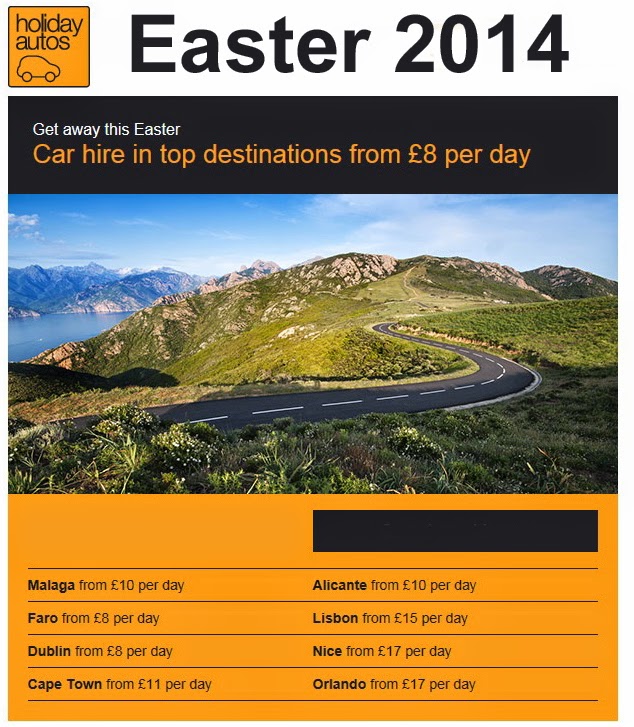 If you're getting away for Easter this year, we still have availability at great rates in some top destinations.

With a wide network of suppliers and over 30,000 pickup locations worldwide, we can get you behind the wheel for the long weekend

That was the message I received a few days ago so hope it is still true.

This time last year Easter had come and gone whereas in 2014 it does not fall until Friday 18th April.

In their latest flyer they say "30,000 worldwide locations"
"No credit card fees" and "48 hour free cancellation"

These are the rates on my flyer:

All great destinations to spend Easter at, although from personal experience have only been to Dublin and Nice for Easter.

Suggest you make a booking quickly and check prices at the Holiday Autos website Here
Posted by Philip Suter at 05:59 No comments: 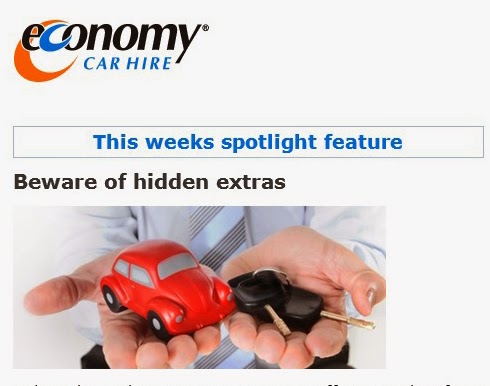 They said " Did you know that some companies are offering car hire from as little as £16 per week? A very reliable source has informed us that from 1st April 2014, customers will have to pay an extra £50 if they want a steering wheel in the car! We have also heard reports that they may also charge extra for the engine.

Nothing like the 1st April to bring out the best in car info. BMW has been producing theses spoof ads for years. Yesterday was no exception talking about a "Force Injection Booster" FIB.

I always like the one about being able to turn on your oven at home from your BMW.

Getting back to Economy Car Hire - need to rent a car?  then follow this link

Posted by Philip Suter at 04:12 No comments: