It must be Christmas insurance4carhire lowers price

No it's Easter, but a real Christmas present as insurance4carhire.com has lowered the cost of it's Annual Europe car hire excess insurance to only £37.99 a year.

Back in July 2010 the price was lowered from £49.00 to £39.20 at several sites including insurance4carrental.com and sites within the jml Group.

So if you are about to hire a car and want to save money by buying an annual policy why not arrange yours today?

Happy Easter
Posted by Philip Suter at 15:24 No comments: 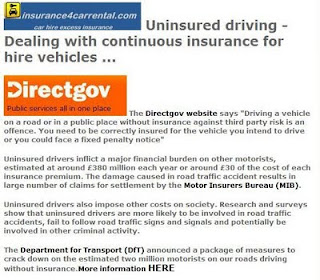 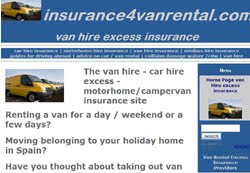 After Monaco London has electric car hire
Posted by Philip Suter at 12:47 No comments: 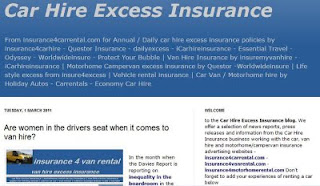 On the 1st March we ran an article on this blog "Are women in the drivers seat when it comes to van hire?"

We reported that in February this year our ox sixteen sales of Towergate’s Insuremyvanhire.com only one was a woman.

In March there were 21 sales and the number of women taking these van hire excess insurance policies had increased to 3. Does this mean there is more equality in the van rental business?

Looking at the stats provided by insurance4carhire.com in March once again the majority of people buying car hire excess were still men.

Could be sometime before more women than men purchase these car hire excess insurance products.

If you are about to move, got a lot of DIY materials to collect or furniture or taking a day trip to France to buy lower price alcohol, find out more about van hire excess insurance at http://www.insurance4vanrental.com 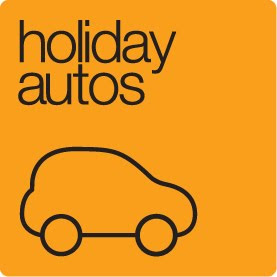 Posted by Philip Suter at 08:03 No comments:

The main objectives of the Congestion Charge are to reduce traffic congestion and to raise funds for investment in London's transport system. The Zone came into operation in Central London in 2003. The system is run on an automatic basis using CCTV and Automatic Number Plate Recognition.

What about visitors to London who rent a car?

The Congestion Charge is £10 plus a £2 admin fee fromCChargepass. If you do not pay the Congestion Charge by midnight on the following charging day, a penalty of £120 will be issued. If the penalty is paid within 14 days the fine is reduced to £60. The Car Rental Company, as the registered owner, will pay the fine. The Car Rental Company will then charge your credit card for the penalty (£60) and an admin fee of £30-£50. This means each day you travel into London can cost you as much as £110

So what do you do?

Register with CChargepass.com for an annual fee of just £15 and each day they will text you to ask if you have entered or intend to enter the Congestion Zone. Reply "Yes" and they will charge your credit card for that day’s entry. No reply and your card will not be charged....Simple

Self Drive Car Hire business insurance being advertised at insurance4carrental.com

Insurecarhire Self Drive Hire Insurance is now being promoted at the jml-insurance site and at insurance4carrental.com.