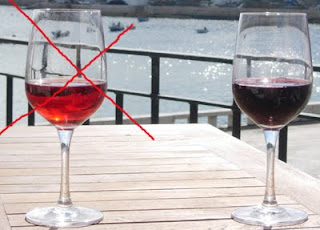 If you are hiring a car in Ireland or taking your own one there or of course are resident there lower limits for drink-driving will come into force in September next year when up-to-date equipment becomes available, Minister for Transport Noel Dempsey has said.

The Road Traffic Bill 2009 was passed by the Dáil (Irish Parliament) on Wednesday 23rd June 2010. The Bill reduces the current blood alcohol limit of 80mg to 50mg, and introduces a new level of 20mg for inexperienced motorists and professional drivers including taxi drivers and hauliers.

Under this Bill, first-time offenders caught with between 50mg and 80mg will receive three penalty points and a €200 fine if they do not challenge the penalties in court. This is the first time in Irish law that drink-driving has not attracted a driving ban.Drivers involved in a crash where someone is injured will face a mandatory breath test.

Cutting the drink-driving limit from 80mg to 50mg in Britiain would prevent about 3,000 road injuries and 145 deaths in the first year alone. Britain has one of the highest legal blood alcohol limits for driving in the world. Only south Cyprus has a higher limit, of 90mg. Luxembourg, Switzerland, Malta and Ireland have the same limit as the UK of 80mg.France, Germany, Italy and Spain have a limit of 50 mg or less. In Estonia, Romania, Slovakia and the Czech Republic the limit is zero.

20 mgs Poland,Norway, Estonia and Sweden: Half a shot of vodka

We have a series of useful guides for driving in different countries on the insurance4carrental.com web site -
Driving in Australia
Driving in Canada
Driving in Europe
Driving in New Zealand
Driving in South Africa
Driving in the USA